A downloadable game for Windows

This is my entry for the PTBOGameJam 04

Pirates Bounty is a role playing adventure game set in the Caribbean. You are to invade the islands, pillage the towns and build up a Pirate Army. This game is in early access, and will feature more maps and an more elaborate story.

This game can be played in an Amiga Emulator or on an actual Amiga.

The Game exclusively uses the numberpad to play.

The Game is split into two different modes. In move modes, the game is turned based. You can move around the map normally, and go to Towns, find treasure or conquer forts. You can also sail to other islands by visiting the Docks.

Walking up to other enemies on the map will go into Battle Mode. Where your armies face each other in battle. Each of your armies takes turns to move, and they can either move or attack an enemy. After moving, the enemy will take it's turn to move their armies.

To build up your armies or gold, you can go into Towns or Places of Recruitment.

In Towns, you can bully into someone in revealing a location of some Treasure, or you can Pillage the town and gain some Peasants who unwillingly join your cause. Towns generally don't like this, but they may forget after a while for you to do it all over again!

If you go to a Place of Recruitment, you can hire men to join your armies.

There are 16 types of armies ranging from: Peasants, Rapscallions to Swashbucklers, to Zombie Pirates to Riflemen.

This game was inspired by Kings Bounty for the Sega Megadrive and Pioneers by Eigen Lenk.

This requires a real Amiga or an Amiga Emulator such as Amiga Forever!

The game will also run in Workbench, just double click on the Pirates Icon to Play 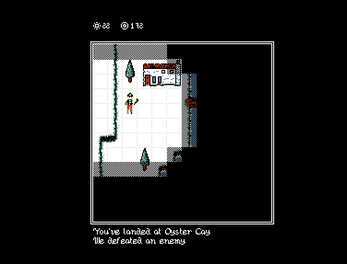 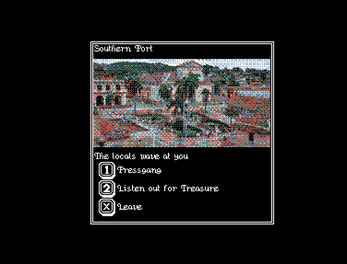 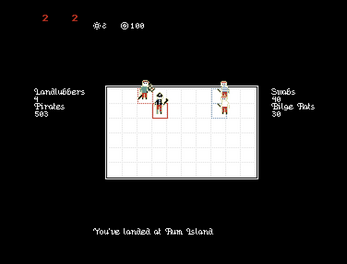 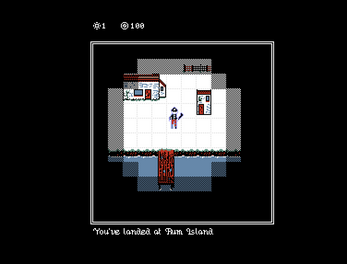